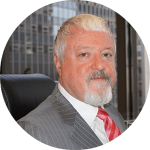 Mr. O’Shea is currently a Co-Founding Member and Chief Executive Officer of Global Alliance Securities, LLC a registered Financial Industry Regulatory Authority, Inc. (“FINRA”) member firm. Along with his role at Global Alliance Securities, LLC, he holds the position of Chairman and Chief Executive Officer of Westminster Securities Corporation (“Westminster”). He joined Westminster in 1987 and was appointed to the Board of Directors in January 1997, named President in September 1998, and appointed as CEO in 2005. Mr. O’Shea held the position of Co-Chairman at Monarch Capital Group, LLC in 2010 and European American Equities, Inc. from 2010 through 2014.

Via media interviews, congressional testimony and other avenues, Mr. O’Shea is a regular contributor to public discourse on a variety of subjects. Topics have included the benefits of investing in small cap and emerging growth companies in the US and abroad, the impact of changing US regulations on such companies and reverse mergers and PIPES. Mr. O’Shea’s most notable speaking engagements include testifying before the Securities and Exchange Commission (SEC) and the United States Congress regarding the impact of Sarbanes-Oxley regulation on US companies and speaking at the Great Hall of the People in China regarding coal technology.

Mr. O’Shea holds Bachelor of Arts and Master of Arts degrees in Economics from the University of Cincinnati. He holds numerous supervisory and professional securities licenses.

Read More about the conference or register online.